This is the type of power inverter I use to get 120V out of my solar setup. 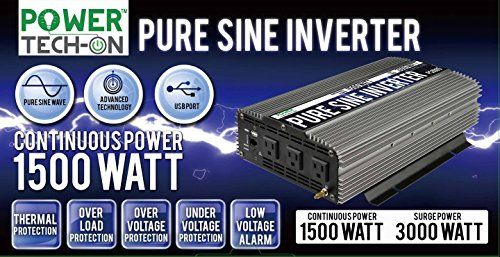 This unit experienced damage after plugging in a large Dell laptop power supply with (what must have been) some serious capacitors in it. The power supply always arcs when plugging it in to any 120v source, and the inrush current much have been too much for this unit to handle.
Be sure to use the "soft start" for large loads with these! 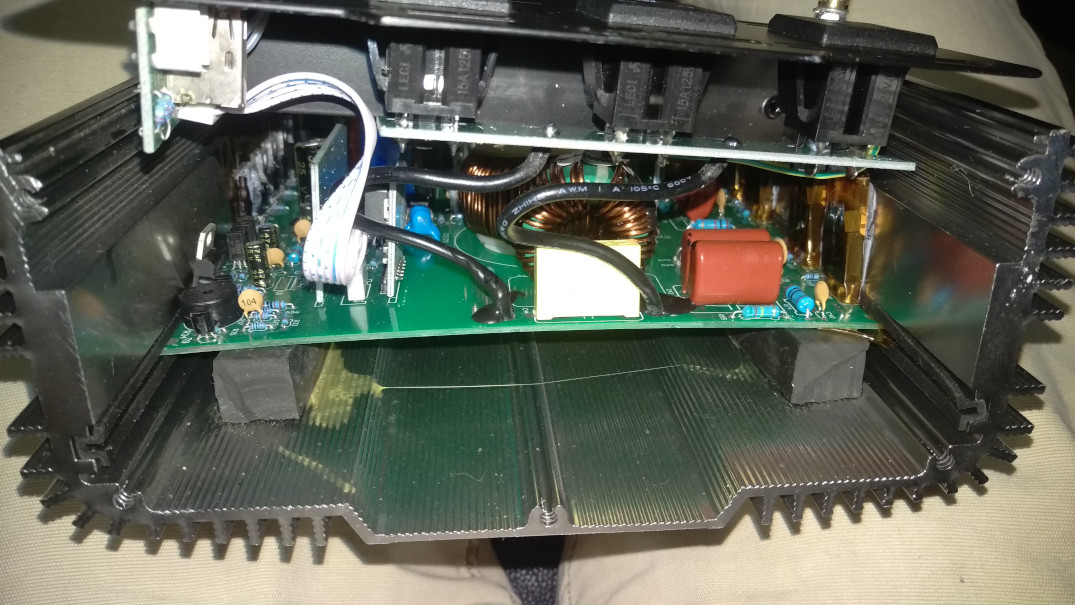 The power supply would power on and start bringing up AC power for output, but within a second or two, the unit goes into protection mode (with red LED and screaming alarm) until the unit is turned off.
DC Power comes in to very large filter capacitors from the back.
These all chekced out fine. 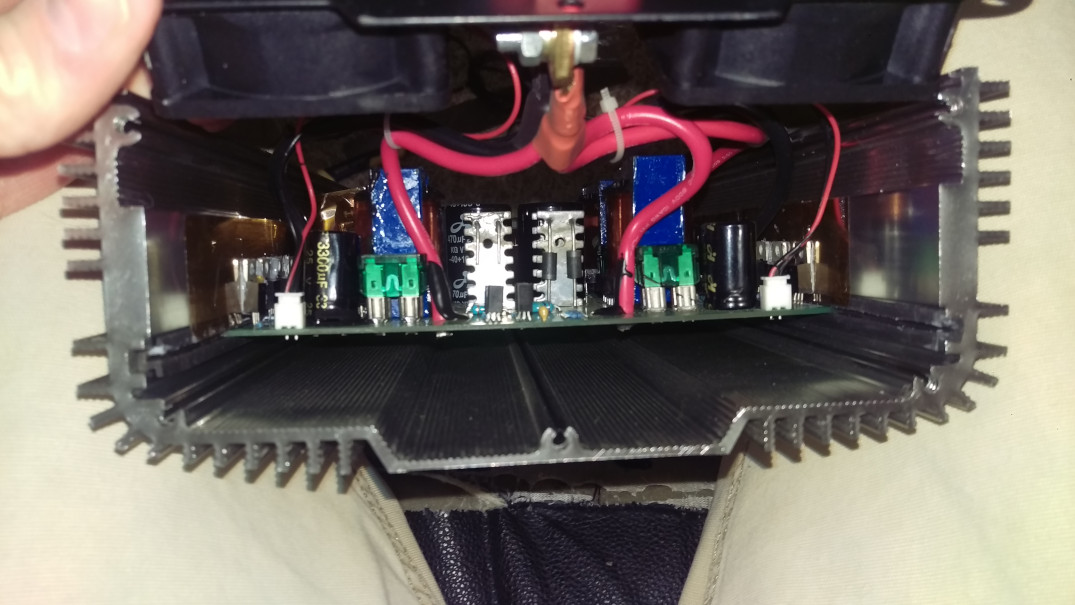 Pulling the PCB Board out requires removing the screws holding down the gates, and working the PCB out of the aluminum enclosure (be careful not to damage the rubber "rails"!)
I labelled the polarity of all large capacitors to check them. 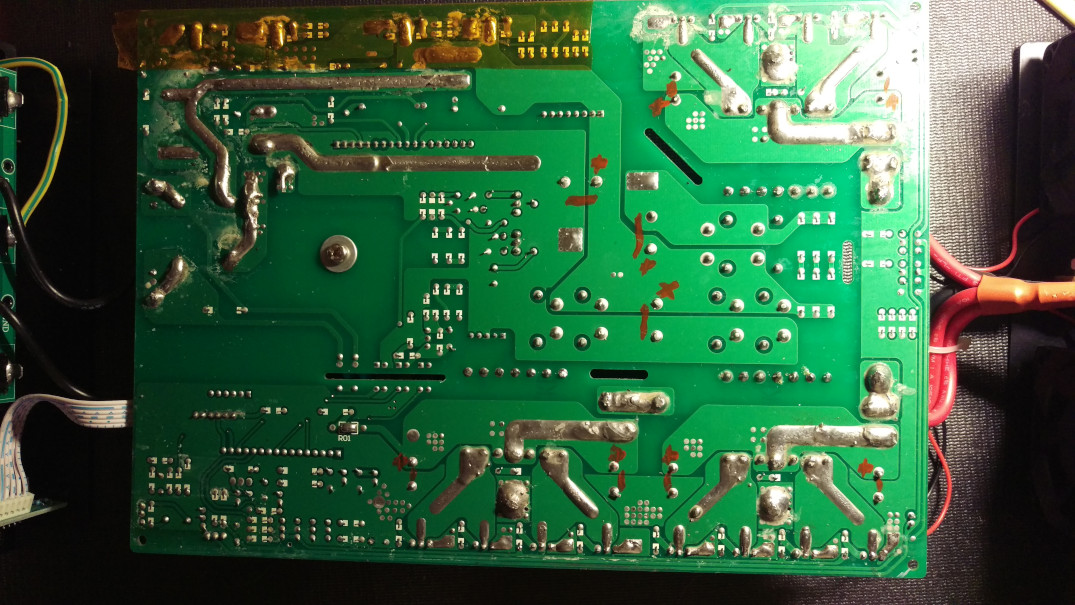 Here is the case with rubber rails and insulating tape on the inside, with all the internals removed for repair. 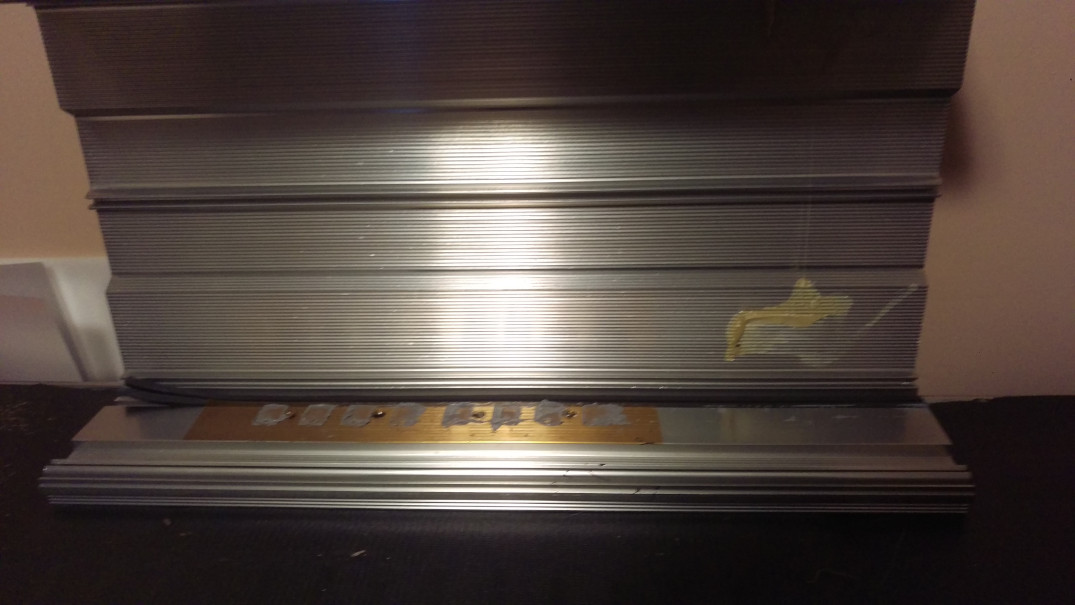 Ultimately, the problem was one of the final IGBT Gates had a dead short across all three terminals!
Surprisingly, no other components off of these finals had any damage to them, and did not need replacement.
The four IGBTs susceptible to this failure mode are circled here.
These are IXGQ85N33PCD1 IGBTs, in a TO-3P package, rated for 85A at 330V.
These are surprisingly hard to find, though there are "clones" available that appear to work fine for many people. Your milage may vary! 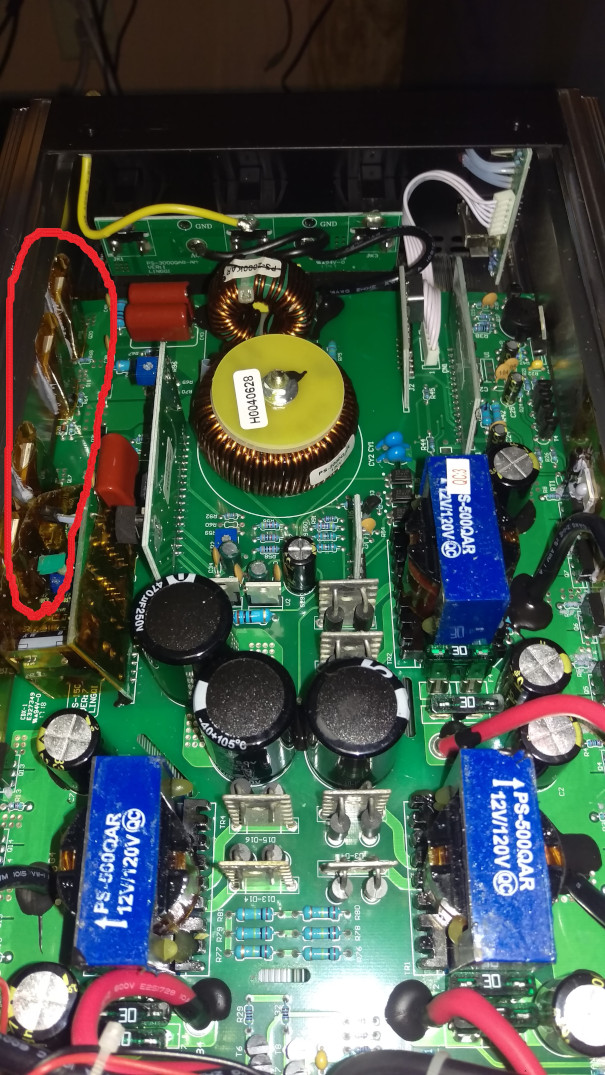 After sourcing new IGBTs, I replaced them in this unit (the others checked out fine)
There is a LOT of solder used on these high-current traces, and I'm sure the tape is important, so keep it in good condition or replace with similar insulating tape! 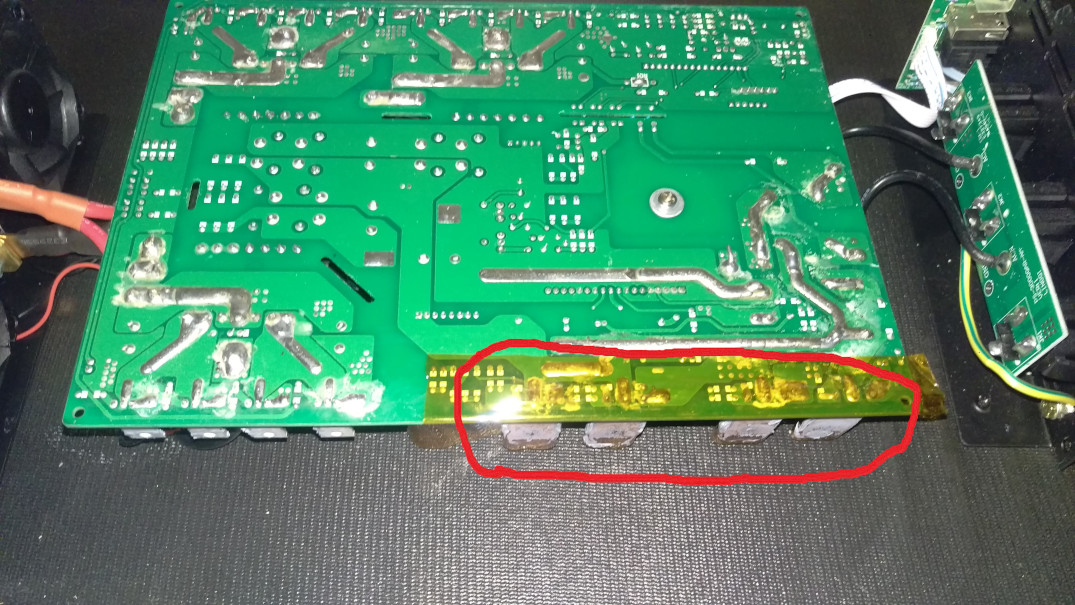 The unit was then re-assembled and tested very slowly/carefully (starting with a very small 12v SLA battery and 1A fuse), and after a decent amount of runtime with various loads in isolation, it was reinstalled.